Showing posts from August, 2019
Show all

World of Myth published a third poem of my Thorne series, Dragon Scales. Which means all four are out there for people to read! That's very exciting, and World of Myth was a dream to work with. Thank you so much!
Post a Comment
Read more 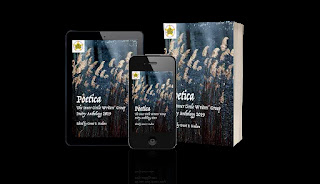 Clarendon House Publications strikes again! I've been published in their anthologies a number of times now, and I'm always impressed with the quality of work that Grant Hudson puts out. He knows what makes words perform their best, and he has an excellent eye for his collections. I'm excited to find a home for "Realms" a poem of mine, and I look forward to reading through the other companion poems in Poetica . I hope you enjoy this book and follow the link to the myriad other anthologies that Clarendon has curated. Their library is impressive!
Post a Comment
Read more

I love the VSS365 and the whole "miniwriting prompt" process so much, that I've doing a few more of the one's that run around Twitter! #Pockets Receipts for chips and kiwis from the oldest, cough drops from the middle, still fighting a cold, and crackers in the youngest's pants. Meant for later. Crumbled and kinda gross. # Pockets full of them. #Craved The road had been so long. So hard. He'd sacrificed so much. But he'd made it, finished the journey, and was here, at the garden of Olives. It was a good thing too. He # craved the restaurant's bread. #Question "I have a # question ." "Yes?" "Why is it called chicken-pox if the spots don't look like chickens?" "That's a great # question . You should ask your teacher in the morning." "Okay." "Now, go back to bed, it's 2 in the morning." "Can I have water first?"
Post a Comment
Read more

My latest publication is a short story titled "Wave Hello" and published by Bewildering Stories . It's a science fiction story, and I really enjoyed working with Bewildering Voices on this piece. I'm very excited to see this one with a home.
Post a Comment
Read more

#Teardrop The battle finished, and the world seemed to stand still. The armies were decimated on both sides. Neither had held their own at the end, and they lay collapsed. From a bird's eye view, the soldier's corpses had fallen in a # teardrop . Sorcery was to blame, but whose? #Lame Me: It walked with a limp, dragging and breathing heavy everywhere it went. It was massive, covered in fur, and so slow. It made noise with every step. The beast seemed # lame , a perfect meal for me. Her: When you're slow, it's easiest to make your prey come to you. #Humble " # Humble is not normal." "You just want to be able to brag." "No, no, look. If you're great, you should be able to say it. I mean, it takes a lot of work to be amazing." "I get that, but aren't the banners and marching band a bit much?" #Yesterday It snowed again # yesterday . The world was covered again in awfulness.. I thi
1 comment
Read more

A Visit to the Zoo, Z Publishing

Z Publishing has published my speculative fiction story "A Visit to the Zoo" in their anthology America's Emerging Science Fiction and Fantasy Writers: Western Region. I'm very excited. This story was inspired by a news article about a wild bear making his way into a zoo! Check it out here .
Post a Comment
Read more 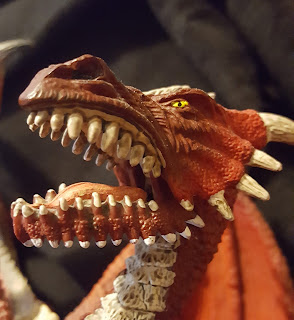 #Behest "You've called all the leaders here, in our land's darkest day. Have you found an answer to our problems." I giggle. "Why are you laughing? This is a very serious moment!"  I can't stop laughing enough to tell them that they were summoned at the Manticore's #behest. #Malinger "What happened? You're not normally one to #malinger." "I know. It's just my new patient really makes me want to just quit." "You're a dentist, how bad could it be?" "Yeah, but, I'm an animal dentist, and the zoo just got a dragon." #Demotic "What did you gather from today's observations?" "The aliens are interesting. They have no #demotic language, and only speak literally." "Oh, a perfect set up for 'Truman Show: 2499'! The mix-ups!" "It tested well with focus groups too, sir." "Well, let's greenlight it." #Paradigm
Post a Comment
Read more

Kelpie: A Cryptid Tale in Tempest 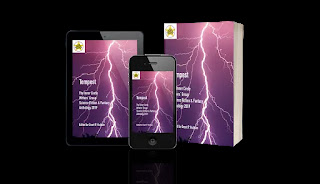 I have written stories about a lot of things. I've written about giraffes, squirrels, elves, and dragons. I'm also fascinated by Cryptozoology. I have a four story start to a 16 story collection of cryptid tales. My first one, about a Kelpie, was sent out and accepted to a fantastic anthology from Clarendon House Publishing . I love working with the. Grant Hudson really knows what makes a good story. This new one, Tempest, is a fantasy and science fiction anthology. The cover is gorgeous. I am just now beginning to read my copy, and I know it's full of compelling stuff. From the Editor: "You’ll find dragons and other mysterious beasts aplenty in this book, along with spaceships and ray guns and witches and robots and futures good and bad. You’ll sometimes be shocked and chilled; at other times, you’ll be amused and touched. Step into universes which both extend our own and which lead far beyond the beaded curtain of the stars into worlds we have never known.&qu
Post a Comment
Read more 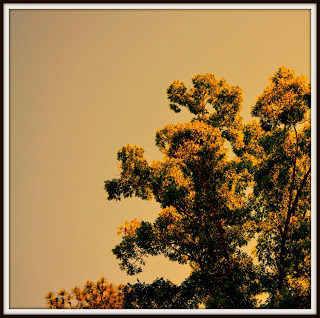 For a good long while, I was a homeschooler. We, once upon a time, belonged to a homeschool co-op. And all the Moms and Dads taught different things. One of the classes I taught was Norse Mythology. I wanted something different than Greek or Roman myths, and Norse Myths were something I knew decently well, so I chose that. The class was geared towards 3-6th graders, so the focus was on a lot of the earthier aspects, armpits, and giants peeing in a river to sweep Thor away, and cow tongues licking the Gods into existence. But one of the stories talked about Yggdrasil, the tree of life. It cuts through the 9 different realms and is part of all of them. There are many creatures and beings that are attached to the tree. The Norns care for it, the Celestial Stags eat from it and, according to some stories, stream dew from the tree's leaves down their antlers to all the rivers of the Realms. On the top of the tree is the Cosmic Eagle (unnamed) that is so large and mighty, a hawk name
Post a Comment
Read more

The World of Myth magazine has published a second poem of mine about Thorne, the unlucky-lucky wizard " The Cyclop's Lair. " They've been great to work with, and I'm so excited to share another poem about Thorne! Feel free to visit the site, read it (and the other new writings) and vote!
Post a Comment
Read more

I have found these stories to be great beginnings to my day! They make me think in different ways and switch gears from morning "blaherg" to awake and functioning (along with the coffee...). #Rapporteur "So, I just report what happens?" "Yep, you're the # rapporteur ." "What if I have an idea?" "No." "What if I have information that would be useful?" "Useful? It's a collection of scientists and you think..no." "Okay, so only if it's important then?" "Oh my god, I quit." #Eventide "Wait for me, darling. We'll see each other again on the # eventide . I will be with you again, my love!" "Oh for heaven's sake Agnes, we're just going to work." #Downlight The town had "dark sky" laws, so their streets were all lit with # downlight instead of normal light polluting lamps. That made it really e
Post a Comment
Read more
More posts