Showing posts from July, 2019
Show all

Plain of Jars in Tiny Spoon

I'm always excited to be published, but Tiny Spoon is publishing a very special piece of mine. I love archaeology. There are so many fantastic sites in the world, and while some are highly discussed and explored, the "Plain of Jars" in Laos is a dangerous place, covered in land mines, so study is difficult. My prose-poem piece is part of the inaugural issue of "Tiny Spoon" a magazine exploring bite-sized literature and my piece found a great home. Check it out!
Post a Comment
Read more

A writer's community on twitter has a fun exercise with very short story prompts, and I thought I'd share some of mine here: #rando 5 kids get into some stuff. So when I tell you that a whisk in the hallway is not the most # rando thing I've found, trust that you do not want a follow-up question. #hangry The trip had gone smoothly so far. Scheduled stops, no traffic, and the tunes were on point. But then the navigator grew # hangry and took us on a wild goose chase for the best grilled cheese sandwich. We never found it, and it took so long that the corpse began to stink. #facepalm "But I thought touching someone's face was a sweet thing to do?" "Yes, lightly touching. But when you # facepalm someone else, that's called slapping, and it's very rude."
Post a Comment
Read more

"A Blank Calendar" by Spillwords

Want to add a caption to this image? Click the Settings icon. My poem "A Blank Calendar" was published by Spillwords. You can find it here! I love working with Spillwords! Enjoy.
Post a Comment
Read more

My first published story was a short story inspired by a comic about putting thoughts inside someone's mind with just words (and they say Giraffe Pimp). It was published by a short-lived magazine that was named "New Zenith." I still think it's a fun story, and I'm happy to share it with you all! Follow the link to read it for free.
Post a Comment
Read more

I'm delighted to share two poems that the Gideon Review published. One is "We Prepare," and the other is "My To-Do List." It's free to read them as well, so follow the link and enjoy! It was a great moment to read that they were accepted and published this morning! A tiny peek of "My To-Do List": "5. My n is funky. I need my n. I use it for words like egress. You know, when you write enter and think that’s not a good enough word, what else could I use and you think egress but that’s not all that accurate because egress means exit and you need enter but egress is just a better caliber of word than enter."
Post a Comment
Read more

I fall asleep in different worlds. My last thoughts are with people that I've created. In quiet moments I see maps and animals and foreign skies. They struggle to live a word at a time. Want to add a caption to this image? Click the Settings icon.
Post a Comment
Read more

The World of Mythology has published a special poem of mine. It's part of a collection of stories about a hard luck Wizard named Thorne. "'Tis An Ill Wind" Click here to read it!
Post a Comment
Read more

Letters to Coffee and Caffeine, my pillars; on Spillwords 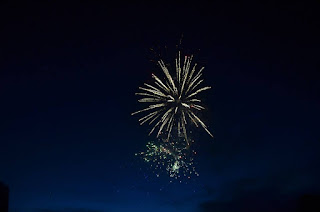 " The fourth cup of coffee always tastes like ash and despair." My poem "Letters to Coffee and Caffeine, my pillars" has been published by Spillwords today! This was an epistolary experiment, and I was so thrilled to find a great home for it like Spillwords. Follow the link and enjoy!
2 comments
Read more